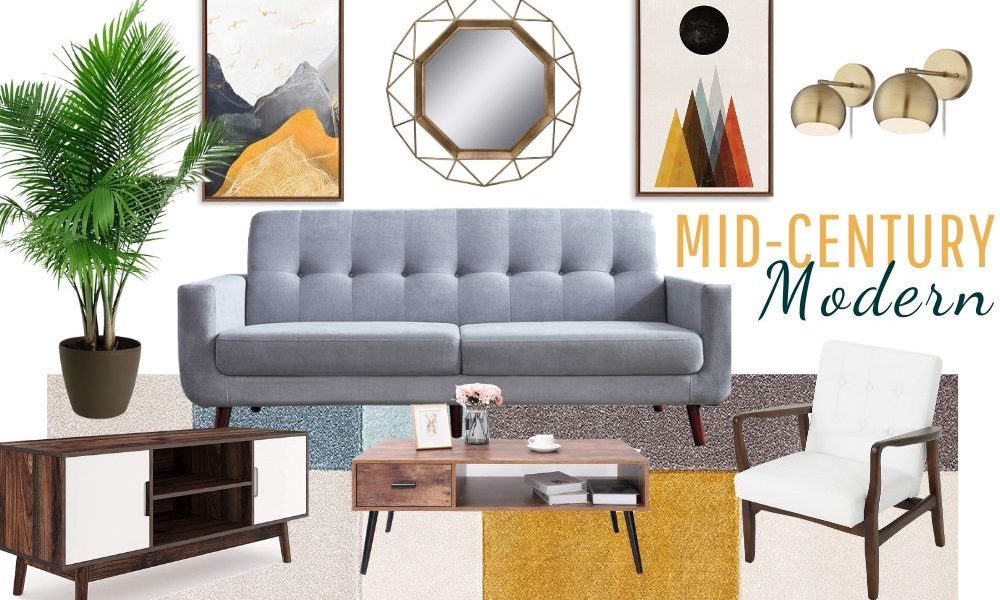 Mid-Century Mod furniture is the perfect scale for small rooms, making it a popular choice among small space dwellers. It’s a style I always come back to when curating furniture faves. You’ll see a lot of it on this site. So naturally, I thought I’d create a design board with a few stylish pieces I found on Amazon. All in the style of mid-century modern.

By the way, Amazon has an entire section dedicated to Mid-Century Modern Decor! It’s worth checking out.

The links below will take you to the individual product pages featured in this design board.

This living room features a mixture of warm and cool colors with gray and orange/gold hues and dark, wooden furniture. I started with the sofa and built the design around it, choosing only mid-century modern pieces.

The Furniture – Mid-Century Modern furniture is characterized by its smooth, clean lines, tucked fabric, and wooden features. It’s floating effect creates a light and airy feel throughout the space. This is especially important for smaller rooms. Chairs are often shaped to cradle the human body. You gotta love that! It’s basically art in the form of seating. Since we’re dealing with small living rooms, I wanted to include pieces that offered extra storage (the coffee table and TV stand/console).

Rug & Artwork -The geometric, multi-color rug and art print are a nod to the traditional mid-century modern color palette. Mid-Century Modern design often features retro colors such as moody hues of brown, orange and rust, So I wanted to incorporate similar colors in this design. I particularly liked the cool and warm tone combination of the rug and I think it pairs nicely with the artwork.

Mid-century Modern lamps feature either very straight, geometric lines or round, curved contour, like the wall lights in this design board. 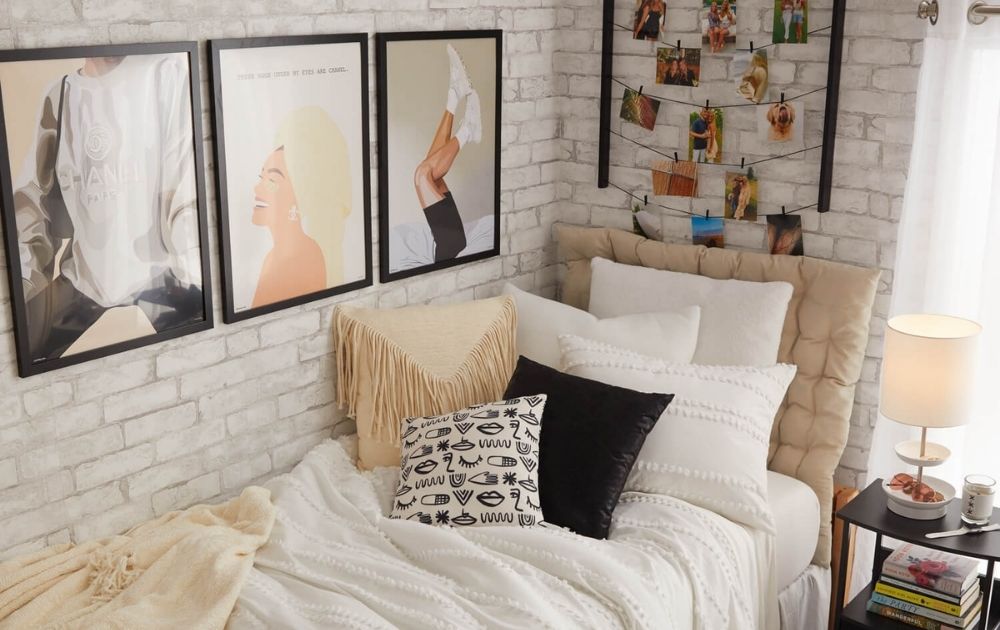 10 Inspiring Dorm Room Ideas & How To Get The Look. 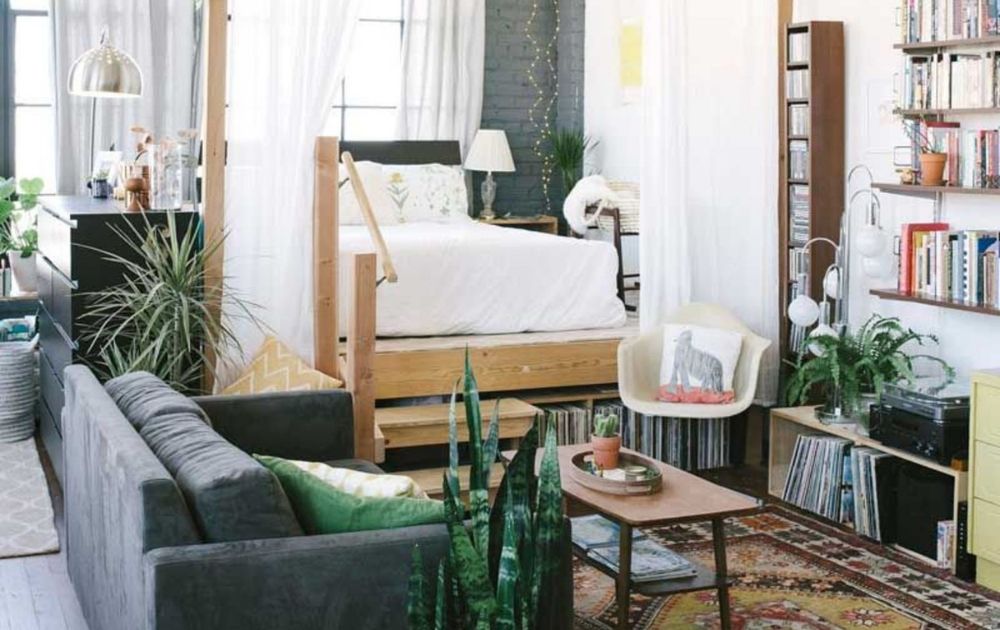 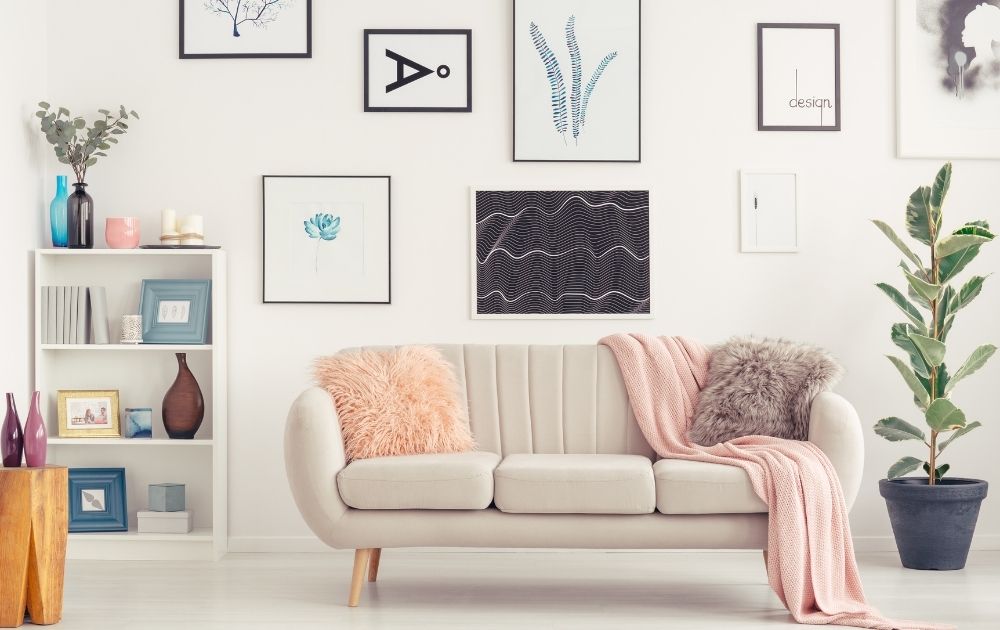 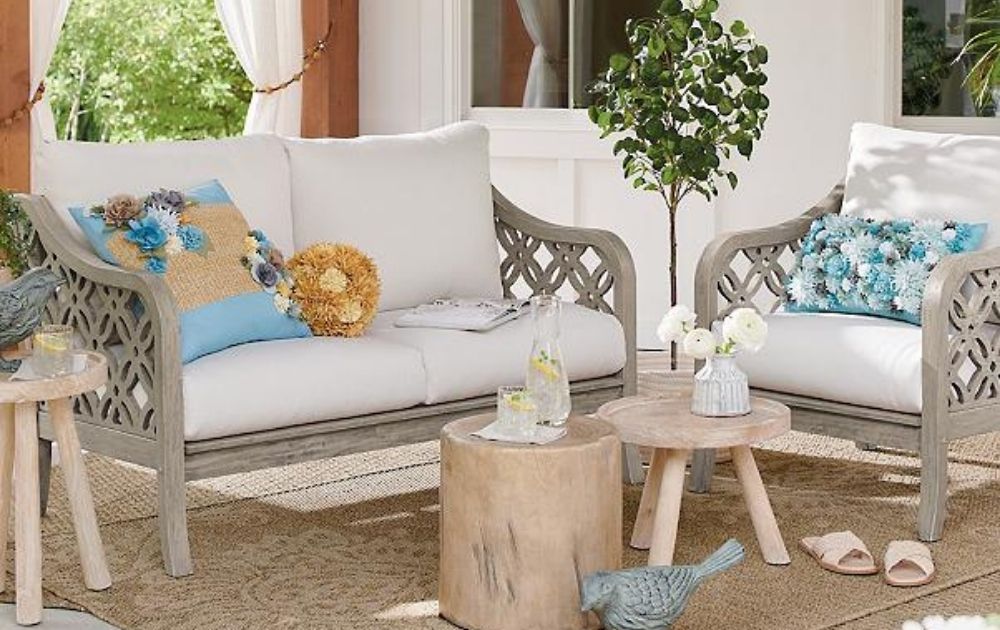 Get The Look! 5 Small Outdoor Decor Ideas That Will Elevate Any Small Patio Or Porch. 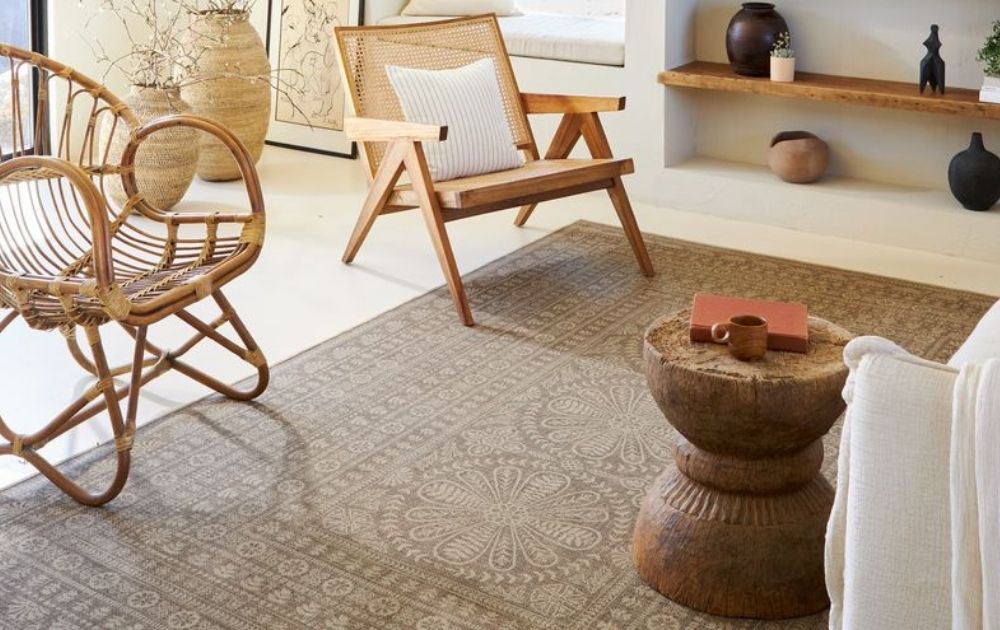 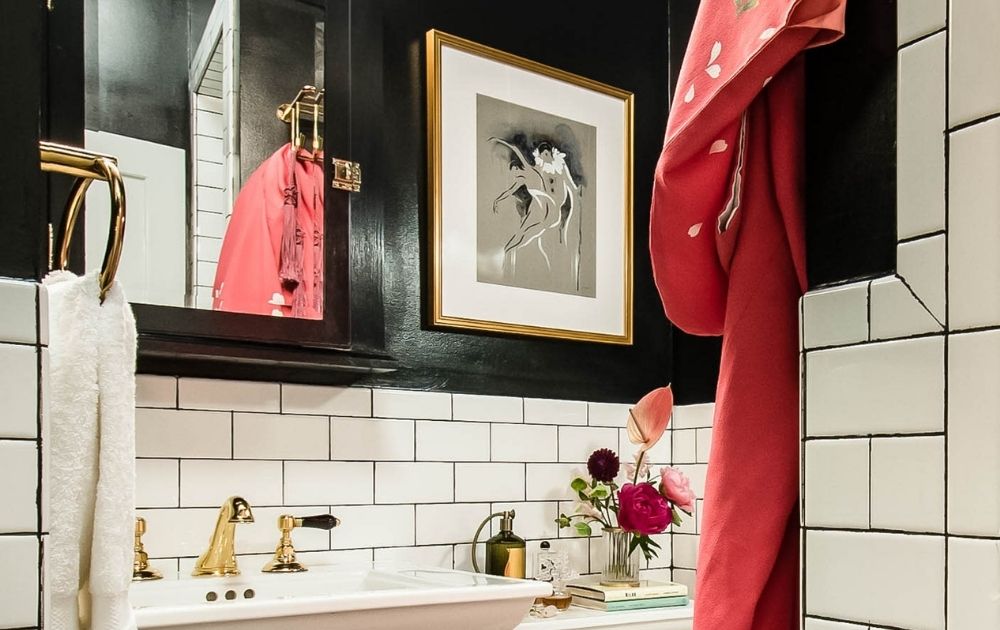 Considering Dark Paint For Your Small Bathroom? Here’s What You Need To Know.